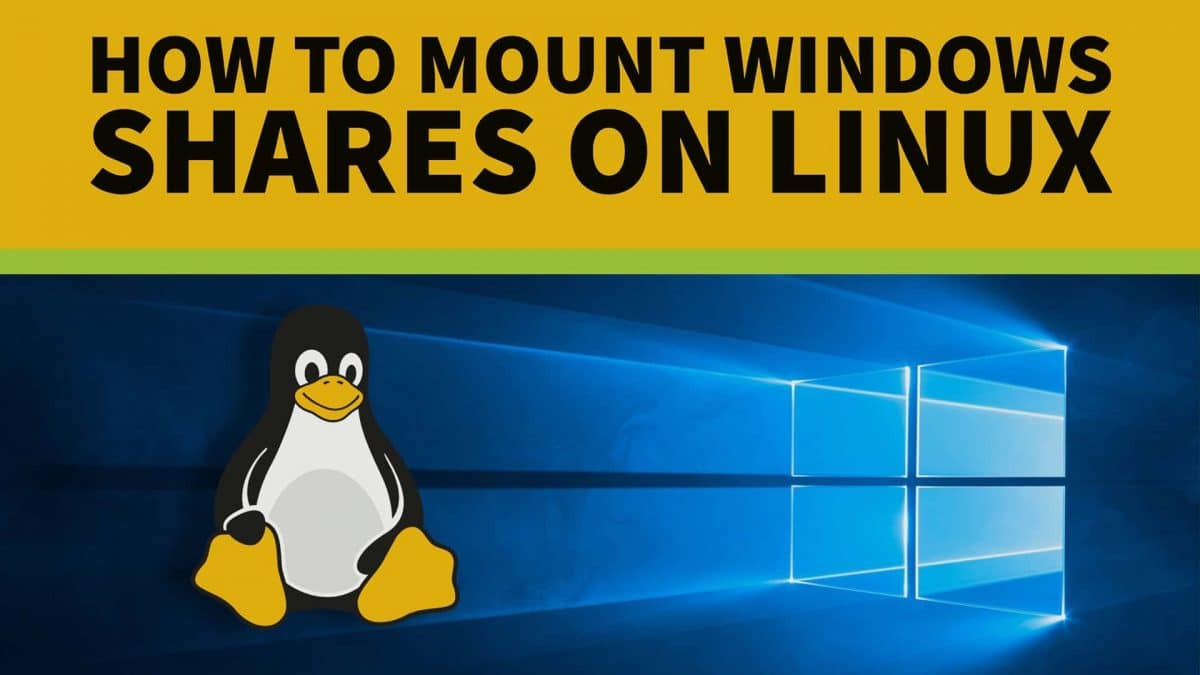 In this tutorial we will be discussing different ways to connect to a Microsoft share form Linux. Before we dive in I think it is important to understand the different terminology used when talking about Samba, SMB and CIFS shares.

SMB vs CIFS vs SAMBA

SMB (Server Message Block) is a protocol used for network file sharing. It was originally designed at IBM in the 1980’s.

CIFS (Common Internet File System) is a implementation of SMB that was created by Microsoft.

SAMBA is an open source software suite and set of utilities used by UNIX/Linux to communicate with Microsoft Windows systems.

From the average user stand point SMB and CIFS can be used interchangeably. As you will see below, we will connect to the same share using both SMB and CIFS.

You can easily connect to a Windows share using the Files application (formerly known as Nautilus) that ships with Gnome. For the sake of clarity, we will call it Nautilus.

Open the Nautilus application and select “Other Location” from the left places panel.

At the bottom of the screen you will see “Connect to Server” with a box asking for you to enter the server address. Inside that box is a diamond with a question mark in it that you can click for some help.

As you can see in the pop-up, server addresses are made up of a protocol prefix and an address. On my Windows machine named “MyMuse” I created a share called “SharedDocs”. So inside that entry box we will use:

We can also use the IP address:

This will bring up a dialog box asking for authentication credentials.

Select the “Registered User” radio button and enter your details. You have three options for storing your password.

Once you are connected, Nautilus will show the location on the left panel allowing easy access to the share.

Be aware that once that connection is closed you will have to go back to “Other Locations” and use the drop down box to reconnect. If you want to make the share persistently accessible from the left menu you will need to add a bookmark.

NOTE: If you do not want to type your credentials every time ensure that you select “Remember Forever” when authenticating to the share.

To add a bookmark, connect to the share then right click it in the left panel and select “Add Bookmark”.

If you have a lot of shares, or multiple shares on the same device, it will be hard to differentiate them. You can rename them to something more user friendly by right clicking on the bookmark and selecting “Rename…”.

Now we can easily navigate to our share as the name is clearly visible and easy to identify.

You can easily mount a cifs share from the command line using the mount.cifs command. Using the mount command requires root privileges.

Use the mount.cifs command to mount the share at the created directory.

You can use the IP address as well.

Alternatively, you can use mount -t cifs with the same syntax.

You can add your CIFS mount point in /etc/fstab and have the system mount it during boot. However, there are some considerations to make. If the share is not available at boot time the system will hang until the mount attempt times out, or worse, refuse to boot. This will cause a delay in accessing the system. To avoid this you can use autofs (next section). Also mounting it via fstab requires you to put your credentials somewhere in plain text. You have two options when using fstab to mount a CIFS share.

Because of the high risk of the first option, we will not even discuss how to do it. It is easy enough to use a credentials file.

First, create a hidden file in root’s home directory (/root/). You can call this file whatever you like. Most people call it .smbcreds or similar. In this file you need two lines, one containing “username=<your-username>” and one containing “password=<yourpassword>”.

Now set the permissions so it is only readable by root:

Now edit the /etc/fstab file and add the following information:

The most obvious benefit of using autofs is that the share is only mounted when being accessed. If it is unavailable it will not effect your system when it boots.

Using autofs has the same credentials issues described above with fstab. It is also necessary to store your password in plain text when using autofs for cifs shares.

First, ensure you create the credentials file as described above:

DO NOT forget to set the permissions:

Get UID for User

Now, let’s get our user accounts uid so we can tell autofs to mount the share as our user instead of root.

Edit the /etc/auto.master configuration file. In this file we will provide a map of directories to shares for autofs to use. Add the following line to the file:

The first part of the above line is the directory we are using as a mount point (you can create a custom directory if you wish). The second is the file that autofs should look in for instructions on how to connect to the resource and mount it.

Next edit or create the /etc/auto.shareddocs file and add the following:

Now we must restart the autofs service so it reads the new configuration.

The shareddocs directory doesn’t exist until you try to access it (auto fs). If everything above was followed, we should be to cd into that directory even though we do not see it. The directory will be dynamically created as it is accessed.

In this article we covered 3 different ways to mount your Windows shares in Linux. You should now be able to mount an SMB share via the GUI, manually on the command line, automatically on boot and with autofs.

An important point I would like to stress is make sure you protect your credentials. I hope you enjoyed this tutorial, please leave feedback or questions in the comments below.

Other SMB and CIFS Resources

How to set the PATH variable in Linux