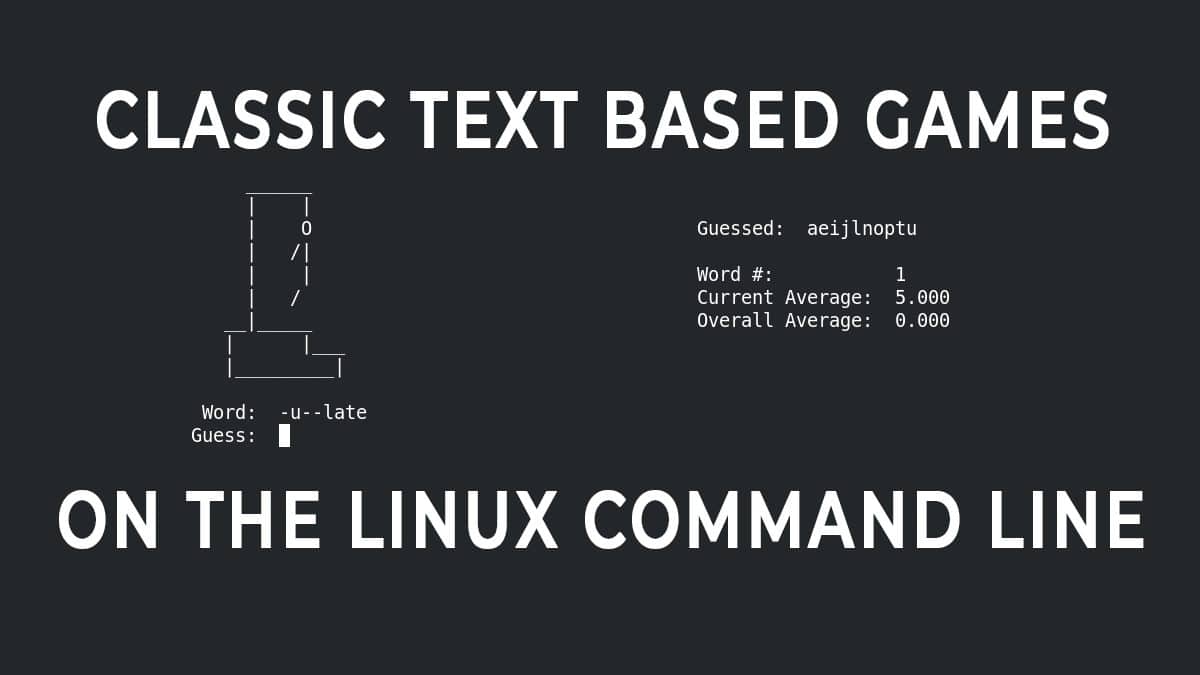 I am not much of a gamer, however, I am very nostalgic. When I first fell in love with computing, there was no Call of Duty. There was just ascii (text) based games. I remember spending hours playing D&D on my old Commodore 64. The text based games of the 80's and early 90's were intoxicating. They forced you to use your imagination and the people who made them used very clever techniques. If you are old like me, curious about text based games, or just want to play games on your Linux terminal let me introduce you to BSD-Games. The easiest way to start playing terminal based games on your Linux system.

Click here for other fun stuff to do on the Linux command line.

Some distros have the bsd-games package in their default repositories. Unfortunately, I have not found an rpm package for Red Hat / CentOS yet.

There are several games available in the bsd-games package. Everything from classic adventure type games to classic games that typically are played with pen and paper.

The bsd-games package has some real classics in it. These games will bring you back to your youth. Let's take a look at some of my favorites.

Hangman on the Linux Command Line

Hangman is a classic games almost everyone has played growing up. It is fun and educational for kids since it expands your vocabulary and helps you learn how to spell. Once the package is installed, you can launch the game by simply typing hangman in the terminal.

I always loved this game, even though I am not very good at it. Boggle is another one of those classic games that most people have in an old cabinet somewhere. Watching the clock tick away is definitely puts the stress on the player. Again, to play boggle, simply call it by name at the terminal.

This is another classic game that reminds me of my youth. My mother was a huge Backgammon fan and we would play on rainy nights. According to Wikipedia backgammon is one of the oldest known board games and can be traced by 5,000 years. Now, you can play it right in your terminal emulator!

Go Fish! Bring Childhood Back on the Linux Command Line

Go Fish is another games I can vividly remember from my childhood. Honestly, in my opinion it doesn't translate well into a terminal game. However, it was fun to remember the old days.

I have some great memories of me and my cousins all sitting around the kitchen table playing monopoly for hours. After just a few rolls, my wife already owns one of the coveted railroads. I always lose at this game and it looks like that won't change. 🙂

Text Based Adventure Games on the Linux Command Line

Back in the day text based adventure games were all the rage. I can remember writing my own text adventure game in basic on my Commodore 64. We used to trade them back in the BBS days. These games forced you to use your imagination and had some clever twists.

This is a classic text based adventure game. I played it through last night and it was a lot of fun.

In this game you need to navigate through the caves and hunt the Wumpus. It's a neat twist on the basic text adventure game and it's no so simple. Look at my screenshot, I died on my first move!

I haven't personnaly played this one through yet, but it seems fun. This game takes the text adventure genre to outter space.

With all the high tech video games that are out now, nobody pays attention to how it all started. These text based games were really popular in the 1980's. I fear the kids of today are missing out on using your imagination to create the imagery. Try some of these out and let us know what you think in the comments!

7Zip 21.0 Provides Native Linux Support - How to Install and Use

How to Show Line Numbers in vi / vim Editors